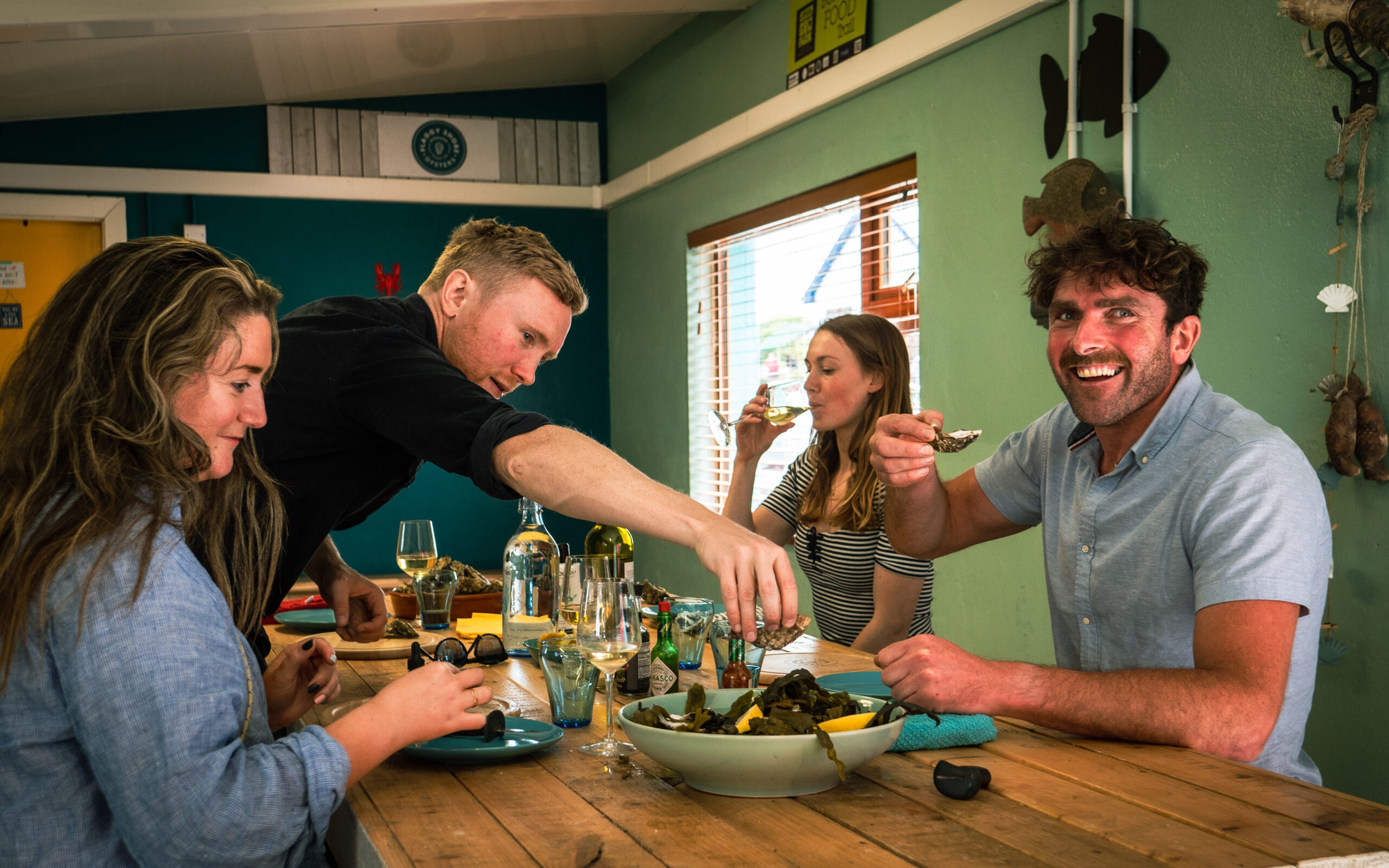 BOOKING NOW OPEN FOR OUR TOURS

Fresh from the ocean - to your plate

the inner workings of a coastal oyster haven.

You’ll learn the local history, and be wowed by the science of how tides provide the ideal water for oysters. Then, you’ll explore our aquarium that features some of the fascinating local sea creatures.

Finally, master the art of oyster shucking and gather round communal rustic tables to eat your fill of Flaggy Shore oysters along with a suitably paired glass of wine. The Flaggy Shore is a stretch of limestone pavement which winds its way along the Atlantic, and which gets its name from the flat limestone, from which flagstones were made for house floors.
It was immortalised in verse by Ireland’s most famous poet, the late Seamus Heaney. His poem “Postscript” was written after a memorable visit to the area.

“And some time make the time to drive out west
Into County Clare, along the Flaggy Shore,
In September or October, when the wind
And the light are working off each other
So that the ocean on one side is wild
With foam and glitter, and inland among stones
The surface of a slate-grey lake is lit…”

He was also partial to a plate of oysters, of which he speaks in his poem from the 1970s “Oysters”

“Our shells clacked on the plates.
My tongue was a filling estuary,
My palate hung with starlight:
As I tasted the salty Pleiades
Orion dipped his foot into the water.”